Moody’s awarded incorrect triple-A ratings to billions of dollars worth of a type of complex debt product due to a bug in its computer models, a Financial Times investigation has discovered.

Internal Moody’s documents seen by the FT show that some senior staff within the credit agency knew early in 2007 that products rated the previous year had received top-notch triple A ratings and that, after a computer coding error was corrected, their ratings should have been up to four notches lower. .......後略 請自行點連結 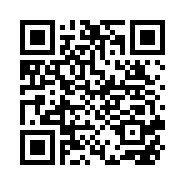